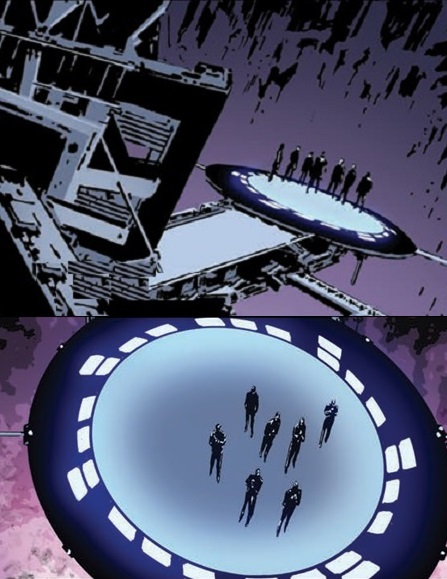 The Splitter is the key technology in Archangel, it allows people to travel back in time based on the principles of quantum teleportation. It is housed in a building in Snake Mountain in Montana, and has a control room and transfer room. The Transfer Room has a large circular platform that people have to jump off to transfer.

Time Travel: Given that the Splitter is a quantum teleporter, there are two possibilities;
(1) The Splitter is actually sending people back in time - this is possible since quantum physics suggests that time is not like a one-way river, but rather that all moments in time (and space) exist side-by-side with each other in a single space-time continuum, like a series of Polaroids of every moment in time laid out on a very large floor. Quantum physics says the reason we experience life in a linear fashion is because the "thread of our lives" join some of these Polaroids together, so the Splitter is allowing people to jump into other Polaroids.
(2) The Splitter is sending people to a parallel quantum reality that is almost exactly like the one in "Nu 2016" but as it happens in this parallel reality everything developed about 70 years later than in the original reality (the 1945 we see). All changes that occur in this parallel reality ("1946") effect either the original "Nu 2016" reality or another reality (that the 1946 reality is entangled with) that the Splitter will send these people back to.

Physicists Just Came Up With a Mathematical Model for a Viable Time Machine 28 April 2017
http://www.sciencealert.com/physicists-just-came-up-with-a-mathematical-model-for-a-viable-time-machine#.WQMwrd6Xme8.facebook

Some comments by William Gibson on The Splitter:
"The Splitter splits timelines, creates forks in history, so it's really a pretty standard sci-fi plot device. Working on this story was where the whole idea of the "stubs" came from, in my most recent novel, "The Peripheral." That and having to write an introduction to a new edition of Kingsley Amis' novel "The Alteration," one of my favorite alternate histories.

I was working on the earliest version of The Peripheral when I stopped to work on the earliest version of Archangel.Archangel, when I went back to The Peripheral, immediately started suggesting all sorts of other things that could be done with those particular "rules" of time travel and alternate history. And at this point I should say again that we got that from "Mozart In Mirrorshades", the 1985 short story by Bruce Sterling and Lewis Shiner. Bruce and Lew described it at the time as "third worlding the past", and it's been one of my favorite pieces of "movement" cyberpunk from the day I first read it."

SPOILERS (in invisotext) >>>
"I think we've made interesting use of it, though, in part because our timeline here, today, turns out to be a product of the Splitter, and, for all our problems in our real 2016, we got really lucky compared to everyone in the original timeline, where they finally build the Splitter in an attempt to escape. That's spoilerish, but I think it goes by so fast in the comic that a lot of people could miss it, so I don't mind underlining it."
<<< End of SPOILERS. 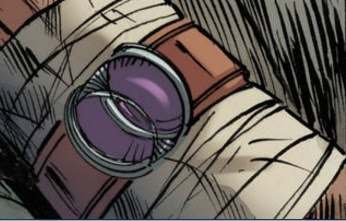 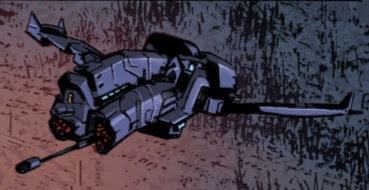 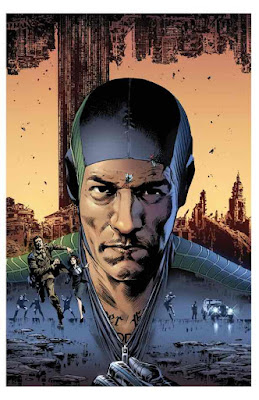 Invisibility cloaks can work in several different ways, some have tiny cameras on the back that project whatever they are seeing on the front, and vice versa. Others use nanoantennas (gold blocks) engineered in such a way as to reroute reflected light waves so that the object is rendered invisible.