Page 11 tells us that AGENT GIVENS had an American Intelligence boyfriend, and also that she is interested in Foo Fighters.

"COULD BE A RAMJET AIRCRAFT" - The Luftwaffe created a number of prototype ramjet projects. A ramjet, or a flying stovepipe, is a form of jet engine that uses the engine's forward motion to compress incoming air without an axial compressor. 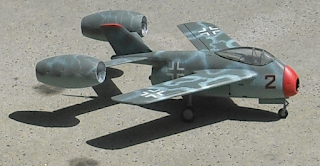 AGENT GIVENS is no longer --

"FOO FIGHTERS" -  Allied aircraft pilots in World War II used this term to describe various UFOs or mysterious aerial phenomena seen in the skies over both the European and Pacific theatres of operations.

"PROJECT DAEDALUS" -  A study conducted between 1973 and 1978 by the British Interplanetary Society to design a plausible unmanned interstellar spacecraft.