Page 14 shows us the dangers of doing autopsies.

"GREASERS WITH SIDESHOW TATTOOS" - Greasers are a youth subculture that was popularized in the late 1940s and 1950s in the United States. Rock and roll music, and rockabilly, were major parts of the culture, and the name "greaser" came from their greased-back hairstyle, which involved combing back hair using hair gel, 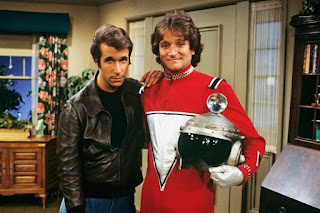 In the US a "SIDESHOW" is an extra, secondary production associated with a circus, carnival, or fair, which might exhibit "human oddities" (including midgets, giants, tattooed people, very thin people or very fat people).

First mention of THE PILOT, the third protagonist of the story.