THE PILOT is unhappy.

THE PILOT examines THE CREEPSUIT

The gun is merged with the table, I suppose because things have to be falling to be transported in THE SPLITTER, sometimes it can be difficult to be precise with the delivery co-ordinates.
The gun looks like a modified Desert Eagle Mark XIX (I'm not really sure, we don't have guns in Ireland). 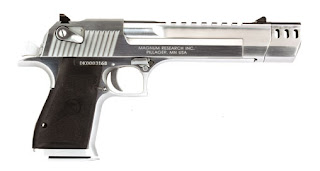 THE PILOT zips up the suit

THE CREEPSUIT allows THE PILOT to vanish. Invisibility cloaks can work in several different ways, some have tiny cameras on the back that project whatever they are seeing on the front, and vice versa. Others use nanoantennas (gold blocks) engineered in such a way as to reroute reflected light waves so that the object is rendered invisible. 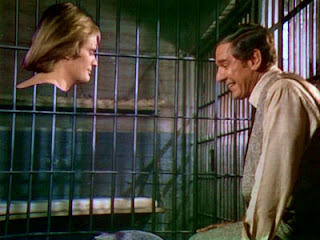 For me, David McCallum will always be the Invisible Man