NAOMI and FRITZ hear a creak. 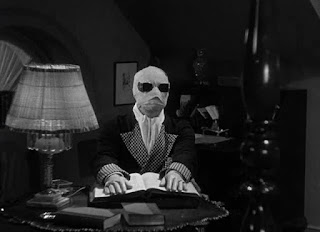 H.G. Wells wrote "The Invisible Man", it was originally serialized in Pearson's Weekly in 1897, and was published as a novel the same year.

H.G. Wells also wrote "The Time Machine" in 1895 which has similar themes to Archangel. Also H.G. Wells himself travelled to the 1970s to catch Jack the Ripper:

"I'M THE PILOT" - Do some people not have names in the alternative 2016? Is THE PILOT trying to protect NAOMI by not telling her his name?