NAOMI is still denying everything

Russia is worried about the Nazis getting in the atomic bomb. The Nazi effort to build a bomb was called the Uranprojekt, which was led mainly by Erich Schumann, and involved other noted scientists such as Werner Heisenberg.

Michael Frayn's excellent play Copenhagen concerns a meeting between Heisenberg and Niels Bohr discussing whether or not Germany has the bomb, or might get it. 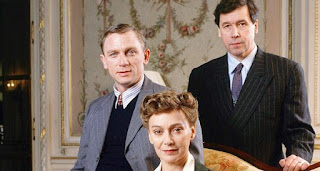 Russia is also worried about the Americans getting in the atomic bomb. * SPOILERS * they have it, and will drop it the following day. 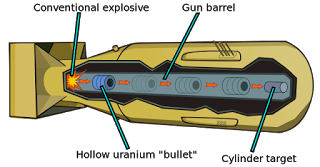 YERAKOV not only suspects an atomic bomb, but is also aware of the "THERMOPLASTIC RAMJET AIRCRAFT" that the pilots arrived in.