In THE PILOT's version of the future, the second atomic bomb, dropped from the Bockscar, was dropped on Archangel, Russia instead of Nagasaki.

JUNIOR changes the bombing location, and that results in the Nu Earth that JUNIOR is from, so this is a bit of a temporal causality loop. 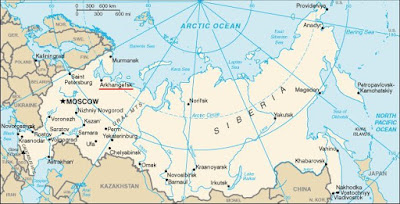 So instead of the MAD doctrine (Mutually Assured Destruction), we get Pax Americana.

Pax Americana is a real-world term used to describe the relative peace in the Western Hemisphere as a result of the preponderance of power enjoyed by the United States since the middle of the 20th century.